An Open Letter on GM golden rice in Australia 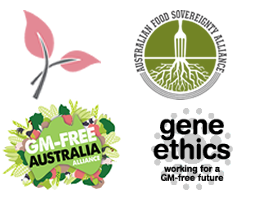 We are writing to you in your capacity as a Minister on the Food Regulation Forum. FSANZ has recommended for approval GM golden rice (A1138). We are asking you to request a review of the FSANZ A1138 approval, under section 21 of the FSANZ Act. FSANZ is failing in its legislated objective of the protection of public health and safety, providing adequate information to consumers and to prevent misleading and deceptive conduct.

FSANZ is failing to protect public health and safety:

FSANZ is failing to provide adequate information to consumers:

FSANZ is failing to prevent misleading and deceptive conduct:

We thank you for your attention and would be most pleased to meet with you to discuss this issue further. We are depending on you in your role of ensuring Australia’s food supply is safe and healthy.

The application provided no direct studies showing the exact effects of ambient storage over time, cooking and processing on the Vitamin A benefit of Golden Rice.

“Glyphosate tolerant genetically modified (GM) maize NK603 was assessed as ‘substantially equivalent’ to its isogenic counterpart by a nutrient composition analysis in order to be granted market approval. We have applied contemporary in depth molecular profiling methods of NK603 maize kernels (sprayed or unsprayed with Roundup) and the isogenic corn to reassess its substantial equivalence status. Proteome profiles of the maize kernels revealed alterations in the levels of enzymes of glycolysis and TCA cycle pathways, which were reflective of an imbalance in energy metabolism. Changes in proteins and metabolites of glutathione metabolism were indicative of increased oxidative stress. The most pronounced metabolome differences between NK603 and its isogenic counterpart consisted of an increase in polyamines including N-acetyl-cadaverine (2.9-fold), N-acetylputrescine (1.8-fold), putrescine (2.7-fold) and cadaverine (28-fold), which depending on context can be either protective or a cause of toxicity. Our molecular profiling results show that NK603 and its isogenic control are not substantially equivalent.” https://www.nature.com/articles/srep37855

GMO myths and truths p142 What tests should GM crop developers do to ensure that they are safe to eat?

[3] “Very low yields of the plant-produced ZmPSY1 and CRTI proteins precluded their specific characterisation. However the weight of evidence, provided by a) translation of the known DNA sequences of the three genes introduced into GR2E, b) the fact that the proteins function as predicted in the plant c) detection by specific antibodies and d) the detailed characterisation of equivalent microbially-produced proteins, is sufficient to confirm the identity of the proteins expressed in GR2E.”
http://www.foodstandards.gov.au/code/applications/Documents/A1138_SD1_at%20approval.pdf (p2).

[5] FSANZ does no studies itself, commissions no studies and relies entirely on the mainly unpublished studies done by the GM company. They list the peer reviewed, independent studies showing harm they have dismissed here:
http://www.foodstandards.gov.au/consumer/gmfood/adverse/Documents/11_Table%20of%20studies_update_26Nov15.pdf

They also do not report that the retraction caused a scandal as it was engineered by Monsanto, the company whose GM corn and pesticide it studied. This involved a third-party PR campaign using scientists to target the journal, a petition and the journal’s editor being given a consulting job for Monsanto shortly before the retraction.
http://gmwatch.org/en/news/latest-news/17764-uncovered-monsanto-campaign-to-get-seralini-study-retracted

Under these requirements food derived from Golden Rice would have to be labelled as ‘genetically modified’ if it contained novel DNA or novel protein or if it is listed in a section of the Code covering food with altered characteristics.

FSANZ has determined that Golden Rice would contain novel DNA and novel protein, as well as an altered nutritional profile (contains β-carotene), and would be required to carry the mandatory statement ‘genetically modified’ on the package label. This requirement would apply to rice sold as a single ingredient food (e.g. a package of rice) and when the rice is used as an ingredient in another food (e.g. rice flour, rice milk).

Another product from rice is rice bran oil. Under the Code’s labelling provisions rice bran oil derived from Golden Rice would be unlikely to require labelling because it would be unlikely to contain novel DNA or novel protein, or have an altered nutritional profile (β-carotene is absent). The composition and characteristics of this highly refined product would therefore be the same as rice bran oil made from conventionally produced (non-GM) rice.”
http://www.foodstandards.gov.au/consumer/gmfood/Pages/Golden-Rice-%E2%80%93-Application-A1138-.aspx

[10] ‘Rice containing the GR2E event is not intended for commercialisation in Australia or New Zealand i.e. either for growing or intentional sale in the food supply. The Applicant has however applied for food approval because it is possible the rice could inadvertently enter the food supply via exports from countries that may supply significant quantities of milled2 rice to Australia or New Zealand’.